“When two skilled artists meet, miracles can happen. Nirvana in REM captivated me immediately. In short: contemporary narrative songs set to atmospheric music in a stylish version. Be surprised by both artists.”

“this is pop of the intelligent and emotional kind ” 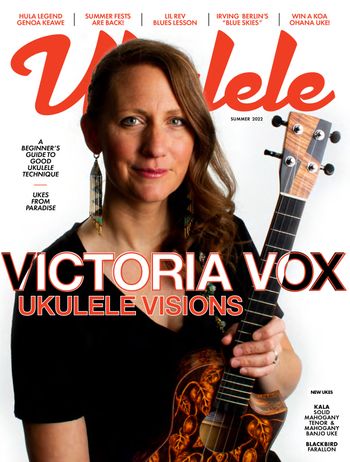 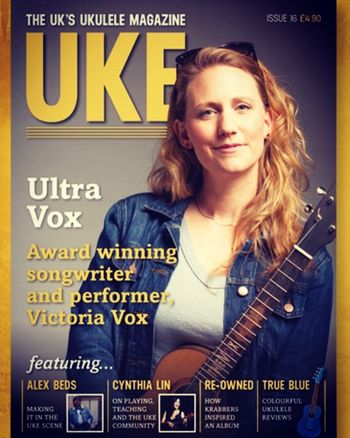 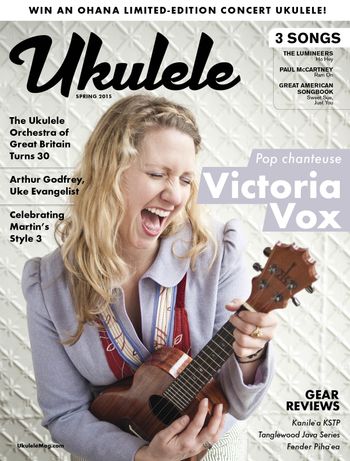 Victoria Vox - the one woman band

Victoria Vox’s new album, Nirvana in REM, is an audio-visual experience of 10 original songs inspired by 20 works of art by Fred Stonehouse. “These new songs have an atmospheric quality that is deeply emotional and psychological, as well as hauntingly poetic,” says Stonehouse about Vox’s music. Together, they explore the connection between reality and the nonsensical world of dream logic.

Victoria Davitt, better known as Victoria Vox, is an award-winning, ukulele-toting, performing songwriter. With a passion for writing songs since she was 10 years old, she went on to graduate with a degree in Songwriting from the Berklee College of Music (Boston, MA). In 2003, she traded in her guitar for the ukulele as her main accompaniment and took the stage name Victoria Vox (Latin for voice). Her acoustic music style shifted to chanson tinged with jazz, which, over the years, has settled in nicely with her pop songwriting flair. Since the release of her first ukulele album in 2006 (Victoria Vox and her Jumping Flea), Vox has been one of the leading songwriters on the ukulele scene and cover girl on both Ukulele Magazine (USA) and UKE Mag (U.K.). She has shared the bill with ukulele greats such as Jake Shimabukuro, James Hill, and the Ukulele Orchestra of Great Britain. As a singer-songwriter she has also straddled into the folk scene, where she has opened for Jackson Browne, Tom Chapin, Leo Kottke, and Cheryl Wheeler. Over the years, she continued to evolve and reinvent her sound. She now performs mostly as a one-woman-band, incorporating a loop pedal and bass effect on her Low G ukulele.

Vox, who also plays the trumpet, is more known for her “mouth trumpet”; a Jazz-era vocal technique emulating the sound of a horn. This odd and quirky talent, nonetheless, landed her on the Tonight Show with Jay Leno in 2009 where she was invited to blow her own horn. In 2015, Vox was featured on the front page (bottom half) of the Wall Street Journal as a leader in the mouth trumpet “revival”. She has also written songs in French, and her music has been used in indie films and heard on indie radio around the globe. Vox is a 10-year member of 1% For the Planet and has donated songs for causes like the American Asperger’s Association and the Duchenne Foundation.

Vox’s infectious pop-folk-jazz style has earned her fans who truly appreciate her art, as she has fan-funded several albums and a songwriting project. Since the pandemic shut down in 2020, Vox went online for 151 episodes (and counting) of “the Best Medicine Show” with her husband, Jack Maher, under the moniker Jack & the Vox. She loves to make an audience laugh...and cry. Her songs are genuine, sometimes quirky, spanning a wide array of emotions. Anything is possible with a ukulele, and Victoria Vox is proof.

Vox has performed across the U.S. (including Hawaii and Alaska), Western Europe, and Down Under (N.Z. and Australia). She also teaches workshops for ukulele and songwriting at festivals, has been a featured guest artist at the Center for Children (San Diego, CA), and was an Artist in Residence at the Strathmore Performing Arts Center (Bethesda, MD). In 2014, her original song, "The Bird Song" was included in the New Zealand Ukulele Trust songbook for kids (2014-2016) and traveled there to perform her song alongside 2,500 children. Vox has completed 9 school residency programs (2015 - 2021) where she worked with children on ukulele playing, singing, and songwriting.